You are here: Home » News » Intumescent Strips vs Smoke Seals

Smoke and fire can spread through rooms quickly, which is why it’s important that your doors have the right fire safety equipment fitted. Two important fittings are intumescent strips and smoke seals, and whether you’re the owner of a commercial building or just the designated “competent person”, it’s worthwhile knowing the difference between the two.

This month, not only will we explain what each of the two components are, we’ll also explain how they’re used to protect lives and whether they can be used in conjunction with one another. 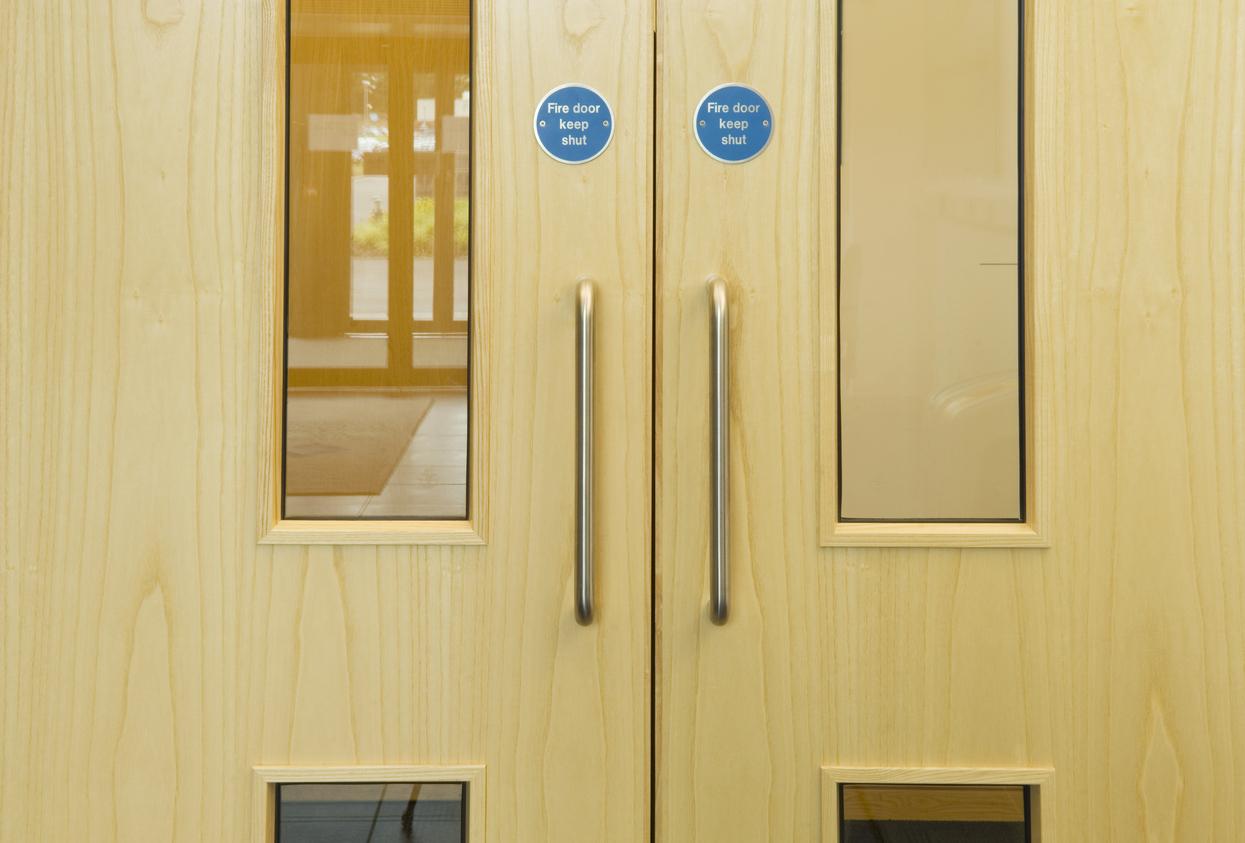 What is an intumescent strip?

You’ve probably seen intumescent seals on the frame of your fire doors, tucked away and generally flush within the frame. They’re a thin strip which has been designed chemically to expand under extreme heat.

Not only that, but it’s a poor conductor of heat once expanded, which means that not only does it fill the gaps around your doors, but it also won’t easily catch on fire or allow the fire to spread through gaps around your door very easily. This is because heat and fire usually warp doorsets and creates more gaps to get through. An intumescent strip will swell around the frame of the door, essentially giving the door greater strength to resist warping.

The benefits of intumescent strips are that you can allow people more time to escape the building by holding back fire, as well as containing fire until the local fire brigade can arrive, meaning you give them a fighting chance to save the building and your assets. They only activate at high temperatures, so it’s important to pair these with cold smoke seals to prevent smoke spreading through the building.

What are cold smoke seals?

Smoke seals can also be found around the outside of your door, but are more easily visible as they are affixed to the edge of the door. Raised strips of nylon, they are used to block the passage of smoke.

Smoke inhalation is a huge risk when a fire breaks out. It’s often one of the main causes of death associated with fire since people might be able to escape flames within a building but not the smoke created. Door smoke seals can help to block the movement of smoke between rooms and therefore protect people. This also creates a safe passage out of the building for a longer period of time.

In addition to the above benefits, cold smoke seals also provide acoustic and thermal insulation, helping to save on energy costs and helping the environment.

Can intumescent strips and smoke seals be used together?

Intumescent door strips and smoke seals on fire doors can be a really effective combination, pairing the fire resistance of the intumescent strips with the ability to also block smoke from filtering through to other rooms. The gaps around your doors are often the weakest points in a fire, so it’s definitely worth investing in fire door seals and strips to protect your people and your building.

Safe, functional fire doors are an important part of implementing fire safety in any commercial premises. At City Fire Protection, our engineers can provide a site survey to establish your requirements and install fire doors with a range of fire resistance levels. We supply FD30 and FD30s doors, the ‘s’ signalling that these doors come with cold smoke seals. Fire doors must comply with the Regulatory Reform (Fire Safety) Order 2005 and meet the BS 476-22 testing standards, which is why you need a professional for compliant fire door safety installation and maintenance.

Contact our team today to discuss your fire door requirements – including enquiries about intumescent strips and door seals – and we’ll be happy to assist you.