Help and Advice How Many Fires Were There in the UK Last Year?

You are here: Home » News » How Many Fires Were There in the UK Last Year?

How Many Fires Were There in the UK Last Year?

The dangers of fire are easily understood, but many of us think it won’t happen to us.

Your business is important for so many reasons and that’s why it’s worth taking steps to implement fire safety measures. It also helps to better understand the numbers and statistics when it comes to fire, as this highlights the dangers posed to your building but, more importantly, to the people within. 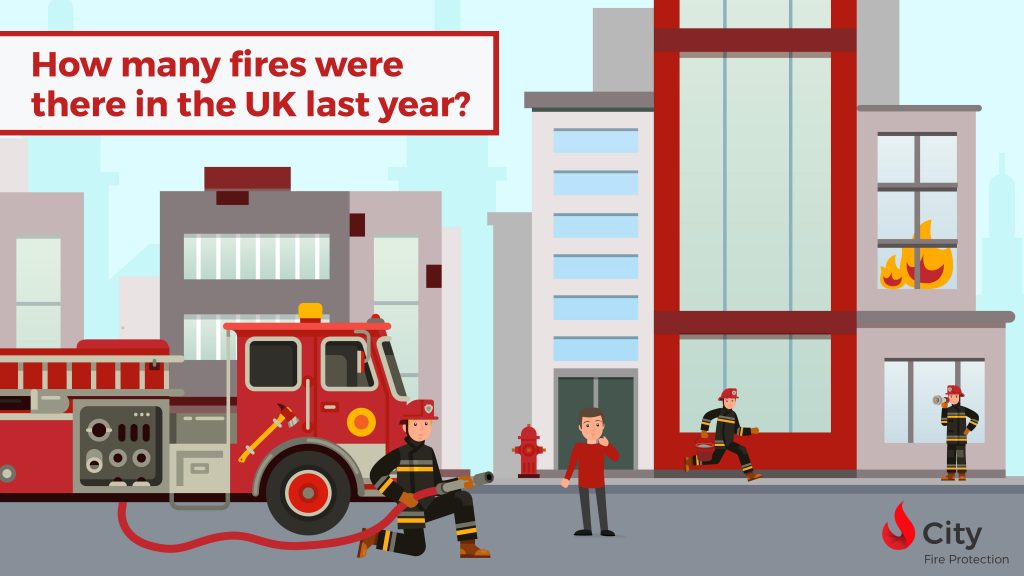 For this reason, we’ve created a detailed guide to the latest government statistics released for England for the year ending 2020. These figures are broken down here to help display the scale of fire, the common causes and to hopefully make it clear that fire can happen anywhere if we’re not vigilant year-round.

Here at City Fire Protection, we provide a wide range of fire safety services, to keep you, your staff and the public safe.

We provide fire alarms, fire extinguishers and fire safety training – for commercial clients across London and beyond.

For the year ending December 2020

How many incidents were recorded?

The overall statistics from the fire and rescue services detailed 528,601 recorded incidents for the year ending December 2020.

Of all incidents attended by FRSs*, fires accounted for 29%, fire false alarms 42% and non-fire incidents 29%. 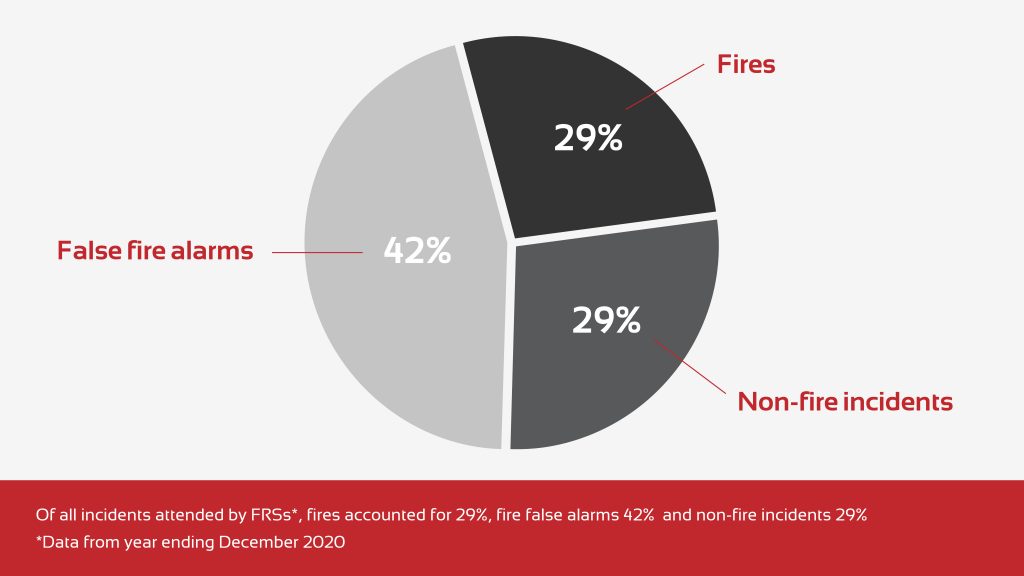 Reduction in non-fire incidents attended by the FRS may be due to COVID-19 national lockdowns. With fewer vehicles on the road corresponding to fewer road traffic collisions.

How many fires were there in the UK last year?

In the year ending December 2020, there were 153,278 fires attended by the fire and rescue services in England. 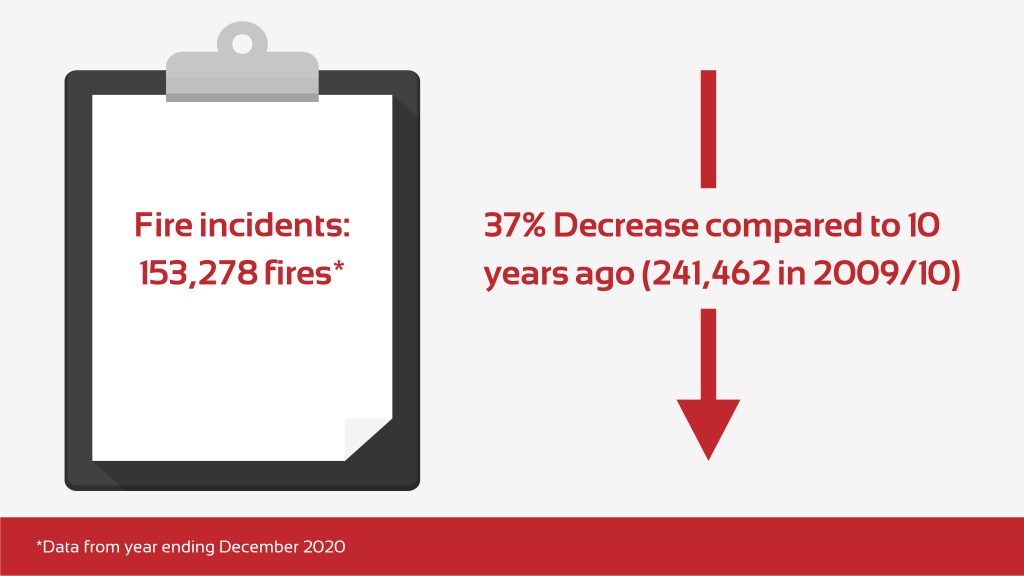 According to the figures, this is 3% lower than the previous twelve months. This figure is separate from the general number of incidents recorded that the FRS attend each year and is made up of primary fires, secondary fires and chimney fires.

How many false alarms have been recorded?

Fire false alarms make up the biggest portion of all the incidents recorded by the fire and rescue services, with 220,432 attended last year.

This figure is broken down into three areas, none of which result in there actually being the presence of fire:

Where a fire alarm or other equipment has been used in error or by accident, triggering the emergency. This is where properly maintained systems and training are important, helping to avoid false alarms.

Where someone has made the call in the belief there would be a fire. There is where professional training can help, allowing staff to know when a small fire can be dealt with or when it should be left for the FRS.

Where someone has made the call knowing there is not a fire to get the authorities called out. This is where better education about the harm prank and inappropriate calls can have is important.

What is the most common category of fire attended?

The most common category of fire attended in 2020 was secondary fires, with 86,140 incidents. These are fires that don’t involve people or property and are outdoors fires, usually smaller than ordinary fires.

The next most common was primary fires with 64,066 incidents – these are fires in dwellings and other buildings. These are defined as fires that occur in buildings that are in use, vehicles or an outdoor building. A fire is also listed in this category if there was a rescue, casualty or a fatality involved.

What is the most common cause of fire?

Of the fires broken down in the primary fire category, the most common cause was, according to government fire statistics, the ‘misuse of equipment or appliances’ (8,636 incidents).

How many deaths have there been due to fire in the UK?

While the figure seems to be on a general downward trend, it’s important that we keep working hard to protect everyone from the threat of fire to see this figure fall further in future years.

The bigger picture from the figures released shows a general decline in the number of all fire incidents last year, with the total number of fires down 37% compared to the year ending March 2010.

Only secondary fires saw a slight rise in comparison with the last 6 years, while false alarms are on a downward trend overall, they were actually lower in the year ending March 2015, which means there is still a great deal of work to be done in upgrading outdated systems, along with proactive maintenance and proper training.

Protect staff, guests and visitors for your commercial premises with expert alarm installation and maintenance from City Fire Protection. We use the latest technology, offering a variety of systems to suit any building.

Data has been used in this article from Gov.uk

View all news »
Get a free quote

Tell us what you need, and our team will be in touch.